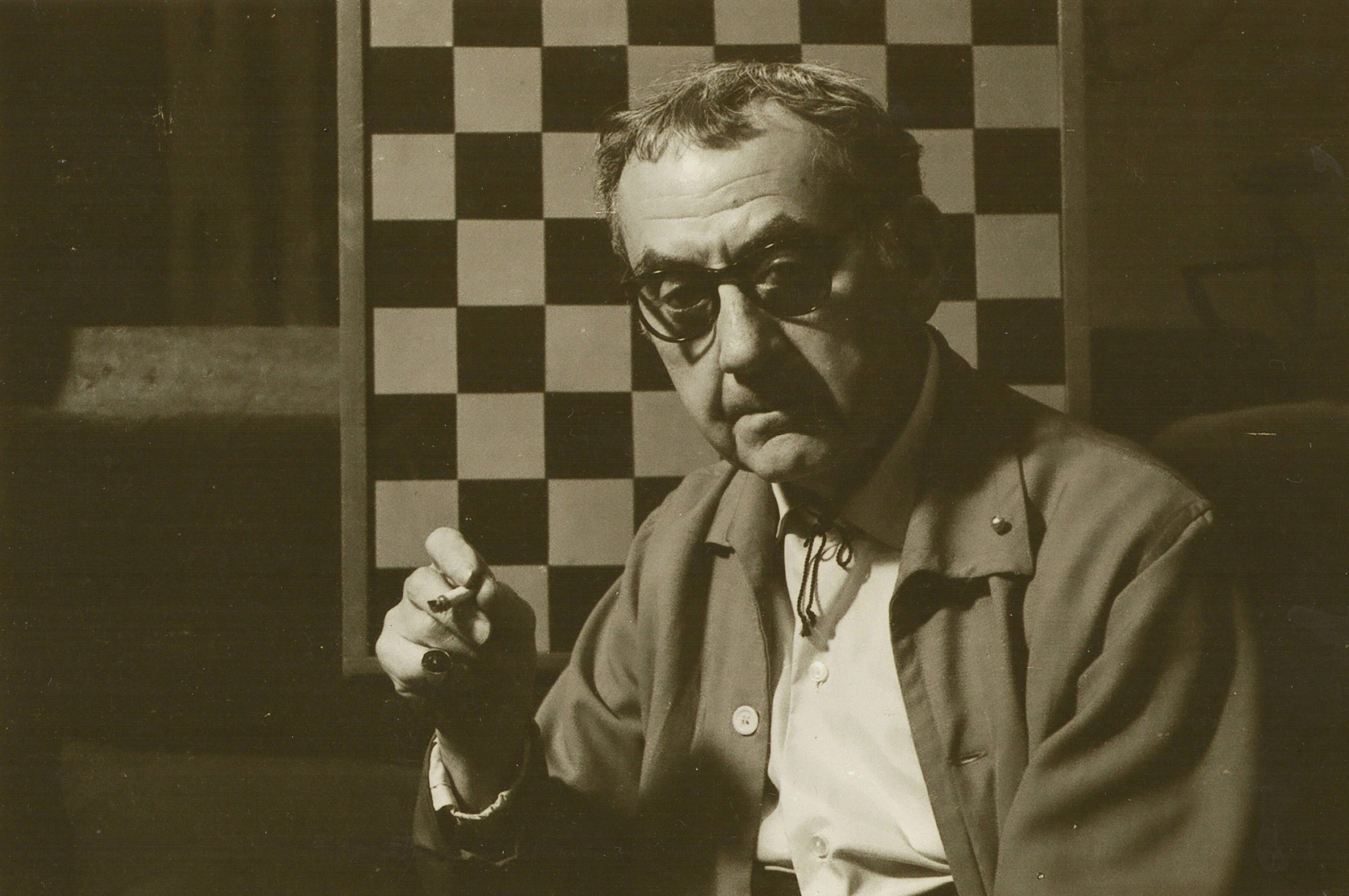 Andrew Lanyon’s photograph ‘Man Ray Man Ray against the chess board on which he played Marcel Duchamp 1964’ was declared by Man Ray that it was his favourite portrait of himself. A print of it owned and inscribed by Man Ray, given in 1966 to Jean Petithory (owner of a bookstore and publisher of Mannequins, a limited-edition portfolio of fifteen of Man Ray’s photographs of mannequins featured in the Exposition Surréaliste in 1938) was auctioned in Paris on 21st June 2022 at Pierre Bergé Associates as part of the Geneviève & Jean-Paul Kahn Collection sale.